The Turkish reg bagged a massive 69,180 points on his way to victory 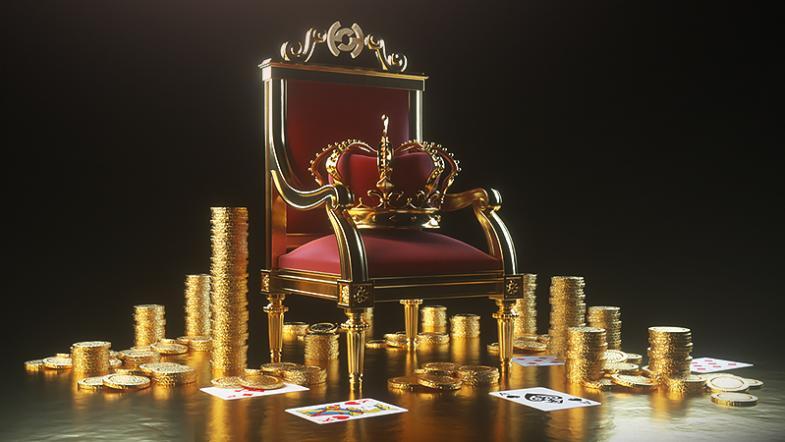 This month’s King of Cash title goes to HighStakes reg can23 who scooped the €500 top prize, edging out Romania’s taztaz for the top spot in the €5,000 monthly leaderboard race…

The 3rd place prize of €352 went to another Romanian player, SwissWatch, while the well-known names of used2bcool (5th for €220) and Pepperhype (16th for €102) also cashed in on their month at the HighStakes cash tables.

Another name to note, bigdog18, finished 9th and picked up €125 – the UK player having a great weekend and hitting the headlines with a €6235 scoop of the Sunday Seoul High Roller. 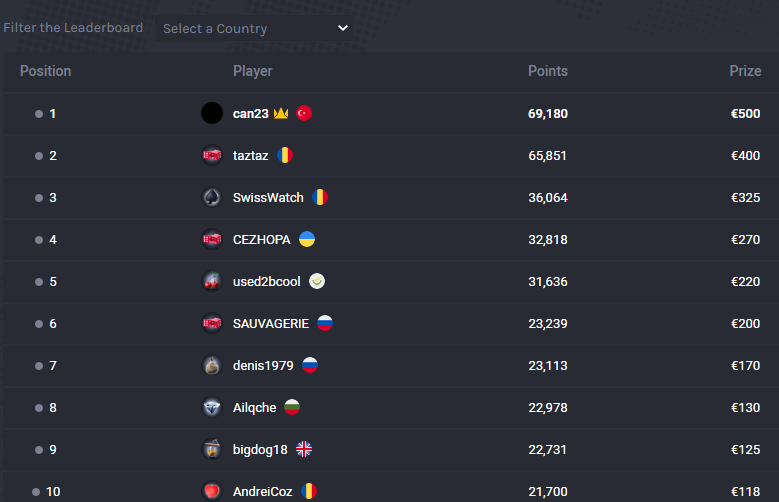 The May rakeback figures are also out and cash game players bagged an average rakeback return of 73.35% (that’s on top of 27% flat rb and store rewards). The rakeback varied all the way from an incredible 90.27% down to a very decent 35.71%.

HighStakes games and software are operated under local license in territories such as the United Kingdom. To visit the UK site enter click here.

HighStakes is not available in the following regions:Afghanistan, Curacao, Iran, Netherlands, Thailand & USA

If that is incorrect, you can Confirm your Country of Residence below.