€30,000 in guarantees were offered across just 3 tournaments for our players in a single evening 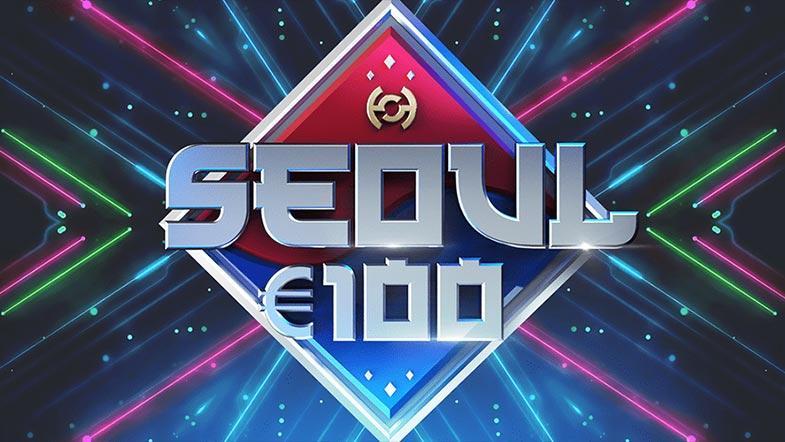 We promised a Sunday of Super Seouls and we delivered. €30,000 in guarantees were offered across just 3 tournaments for our players in a single evening.

We saw high stakes cash game regular ‘Liverpoolfc03’ take down the €3600 first place prize defeating 'PkrGremlin' heads up. Other notable is Jack Of HighStakes winner and high ranking King of HighStakes TLB chaser ‘PepperHype’ who managed to squeeze into the money taking home €300 for his 7th place finish. 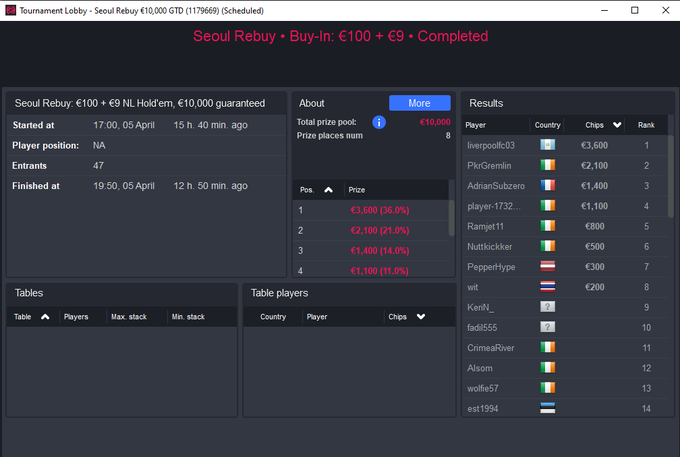 King of HighStakes tournament regular ‘used2bcool’ managed a 2nd place finish for €2000 as he was defeated by newcomer ‘Player-1732’. Other regulars include 'Can23' who finished 4th for €925 and 'Phenomeno' who took home €325 for his 9th place finish. 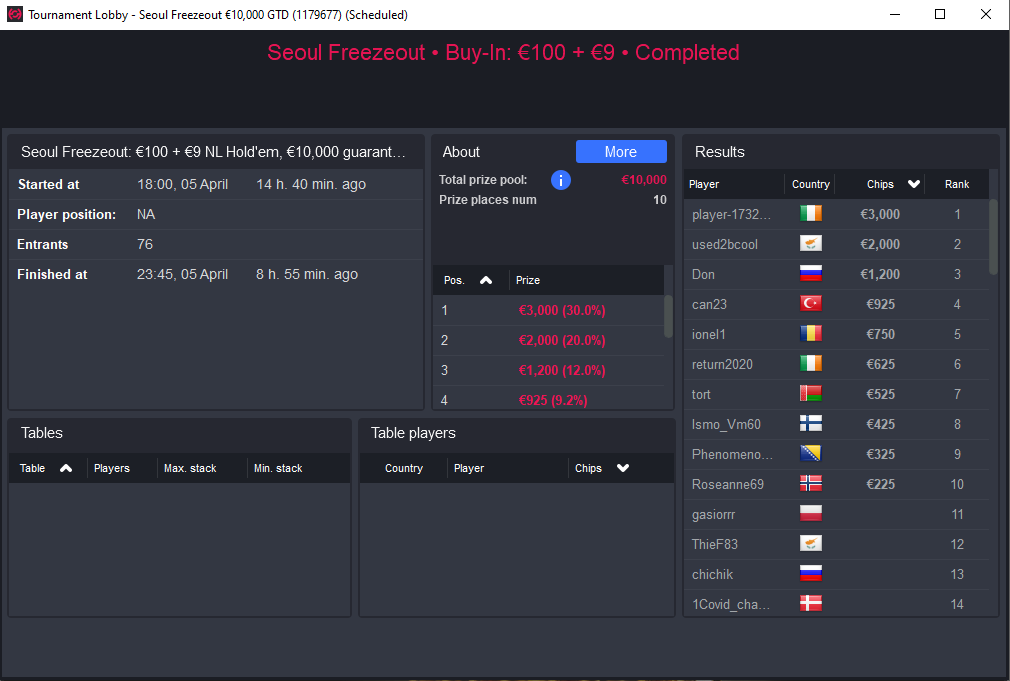 Twitter follower and HighStakes supporter 'Dirrdurrrr' took home €3000 for his 1st place finish. A huge ROI when you find out he qualified for free in one of our daily satellites. Twitch legend and online tournament phenom Bryan ‘BOOMswitch’ Paris finished 4th for just shy of €1000. 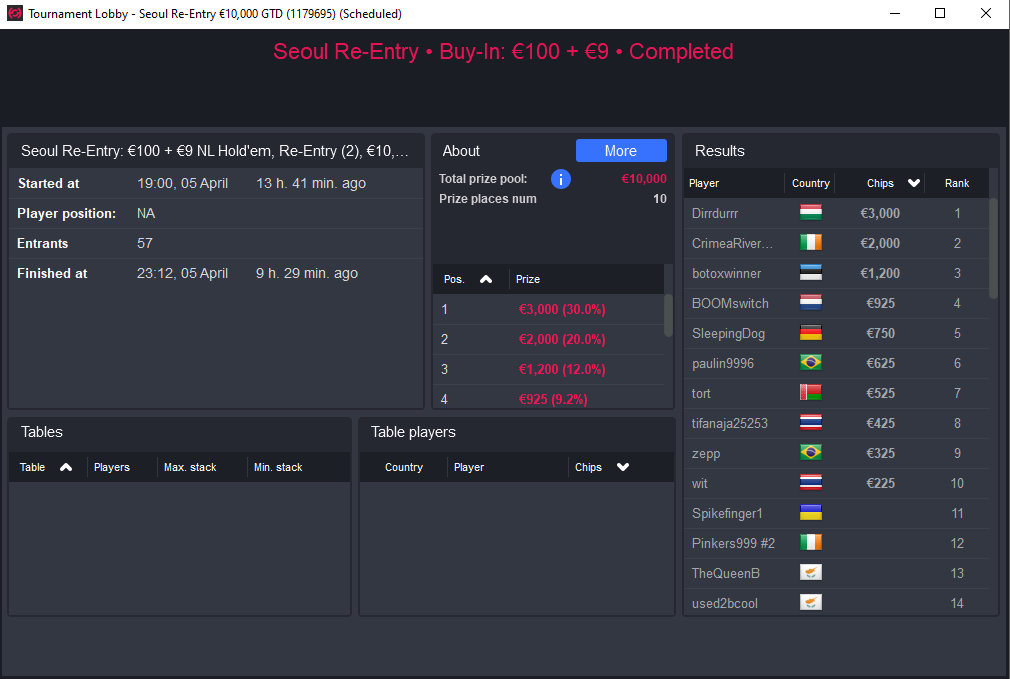 We will be back soon for another epic Sunday of Super Seouls.

HighStakes games and software are operated under local license in territories such as the United Kingdom. To visit the UK site enter click here.

HighStakes is not available in the following regions:Afghanistan, Curacao, Iran, Netherlands, Thailand & USA

If that is incorrect, you can Confirm your Country of Residence below.