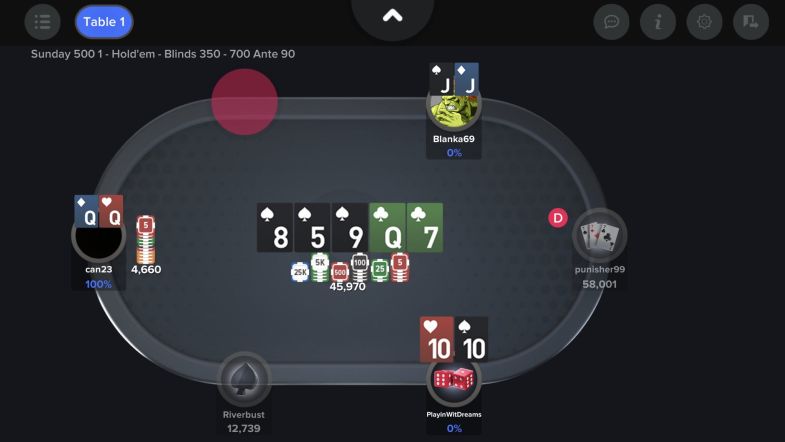 The BIG Sunday that everyone was looking forward to proved even bigger than expected, guarantees smashed as players battled for more than €125,000 in guaranteed prizemoney.

Most of the site’s biggest names put in an appearance, with Bryan 'BOOMswitch' Paris - winner of September’s King Of HighStakes promo – Greek reg Thief83, one of the most active grinders on HighStakes, and Brazilian crusher DrunkenBR to the fore.

The fields throughout the day saw a nice balance between regs and recs, some of the stats making for interesting reading:

In all, from the €125,000 guaranteed there were €92,500 of buy-ins from free site promos, something to keep in mind for the next running of the BIG Sunday in November.

Back to the here and now, a quick look at some of the individual tournaments and talking points from Sunday’s action.

First up, Marc 'PlayinWitDreams' Kennedy who completely whiffed the big money prizes up for grabs, a complete reversal from his excellent showing last timeout in August!

Someone who definitely didn’t miss was, as mentioned, Bryan 'BOOMswitch' Paris – taking down the inaugural running of the Sunday 650 for a sweet €4320 payday.

The Sunday 350 – another newbie on the schedule – was another roaring success, used2bcool lifting the €3437 first prize as the guarantee was smashed.

Guarantee's will be tripled for these two tournaments in the November BIG Sunday, although not all the new tournaments made the grade this time.

The Sunday 500 strangely saw a big overlay, but rather than reduce the guarantee the plan is to smash it next time - introducing more satellites for it moving forwards and increasing the prizefund!

The Sunday 1000 beat its guarantee and featured two winners fighting it out for a share of almost €11k.

DrunkenBR edged out used2bcool for the victory, taking €6552 from the overall €16,380 prizefund, the runner-up taking an excellent €4095 as compensation.

All-in-all an excellent day’s poker, and HighStakes have already confirmed the next BIG Sunday, November 10th the date for your diaries.