Here we will take a look at some of the best and some of the worst who have taken the pros on at their own game. 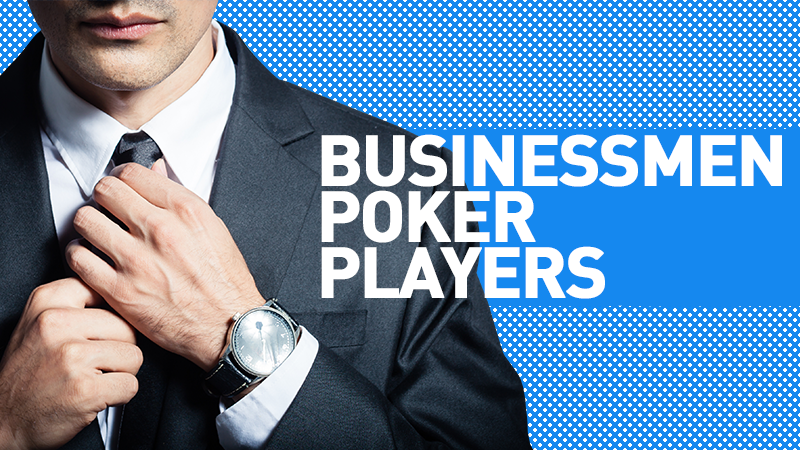 In the world of high-stakes poker it’s not just the big name, big bankrolled pros who ply their trade: it also attracts some incredibly wealthy businessmen who love to battle it out with the best in the game and have the money to indulge their passion – a new strategic-minded challenge for those successful in other fields.

Here we will take a look at some of the best and some of the worst who have taken the pros on at their own game.

When it comes to money, Bill Perkins could never work another day in his life and still be richer than almost all our readers combined, his years of hedge-fund management making him a billionaire.

His lifestyle is a mixture of youthful ‘baller’ and philanthropic ‘carer’, Perkins being one of the most likeable of men; a passionate, poker-loving, party animal who still finds time for his family and work.

To-date his poker resume isn’t exactly vast, but he did scoop almost $2million when he finished 3rd in a star-studded field of 166 players at the 2013 WSOP One Drop High Roller. He is also (in)famous for his prop-betting with poker pros such as Antonio Esfandiari, Jaime Staples and ‘Chicago Joey’ Ingram among many others.

Some amateurs are more serious about the game than others and English businessman Newey could easily hold his own in the pro ranks without the hundreds of millions his sale of venture capitalist firm Ocean Finance brought him.

Not that he has given up on his business completely, but Newey can be seen at most of the biggest events around the world, last year (2016) seeing him hit four 6-figure scores as far afield as Monaco, Prague and Macau.

A man who enjoys his lifestyle without indulging in the excesses some of his fellow amateurs do, Newey claims simply that:

"Poker is challenging, keeps my mind fresh and it is a nice way to go travelling."

From antique dealer to casino owner is not a traditional business route, but for Russian-born Czech Leon Tsoukernik the change of direction was an obvious one – using his millions to build the biggest card-room in Europe, his Kings Casino ‘poker island’ in the tiny Czech village of Rozvadov next to the German border.

His playing style has earned him the nickname ‘Loose Leon’ on account of his willingness to play, gamble and bluff much more than your average high-stakes pro, but it’s a style which has proved successful, Tsoukernik a highly-intelligent man who uses poker psychology to balance the less-technical areas of his game.

His tournament cashes may be relatively few, but they are highly impressive, and his love of high-stakes cash games has seen him mix it with the likes of Tony G and a host of other big names. His reputation, on the other hand, has suffered from several high-profile cases of ‘bad debts’, Leon refusing to pay off some of his big losses when he feels he has been wronged.

The Cirque du Soleil founder was among the first of the mega-wealthy amateurs to be ‘outed’ for their poker exploits, Laliberte’s huge losses online leading to him being called the ‘biggest whale in the game’ – a ‘shoot your own foot’ approach leading to the Canadian’s withdrawal from the nosebleed stakes.

Of course his skill at the game is relative – Guy perfectly capable of playing poker, just not profitably against the world’s best. After his embarrassing ‘outing’, Guy moved his poker efforts into the philanthropic creation of the ‘One Drop’ series of events, a charity-based effort to provide clean drinking water in the least-advantaged areas of the world.

The real estate and banking mogul was the main character in the most amazing poker challenge in history, taking on a team of the world’s best players, known as the ‘Corporation’ in a series of match-ups which saw $tens of millions changing hands – ultimately out of Beal’s deep pockets into the pro’s wallets.

According to Pokerlistings.com, in 2011 Beal took part in some underground poker games including actor Tobey Maguire and billionaire Alec Gores. Some reports claim Beal lost over $50 million in the course of three days.’ Beal, though still hugely wealthy, now plays only recreationally.

Macau has always been synonymous with gambling and there are few names more ingrained in that sphere than Paul Phua, a Malaysian-born poker fanatic who along with Richard Yong has populated the ‘Big Game’ with some of the best-known high-stakes pros in the world – Tom Dwan, Daniel Cates and Phil Ivey chief among them.

Phua himself is no rank amateur at poker, more than $4.5million in tournament winnings testifying to his skill  - although there is no way of telling who has come out ahead in the nosebleed cash games which has seen rumours of $20 million pots regularly sneak out from the private games.

Still a businessman, Phua last year launched his own poker training site, enlisting the help of his big name pro friends to share the secrets of success on the felt with fans and followers of the game.

His business may be playing with guns, multiple women and his array of cars, jets and speedboats, but there is no denying that Dan Bilzerian is one of the wealthiest non-pros who is part of the modern-day high-stakes poker games.

His riches are alleged to have come from some highly-dubious deals his father indulged in, but Bilzerian seems blissfully unconcerned by the history of his money – and often brings huge wads of it to the table, be it his own private games or the invitation-only Vegas games in the Bellagio and Aria.

His skill level? Well, let’s just say that he’d have more chance of winning in a game with Laliberte or Beal than against the legends who descend on Bobby’s Room, although Bilzerian himself would be last to admit it.