We’re going to take a look at some of the worst offenders and sorriest situations poker has encountered over the years. 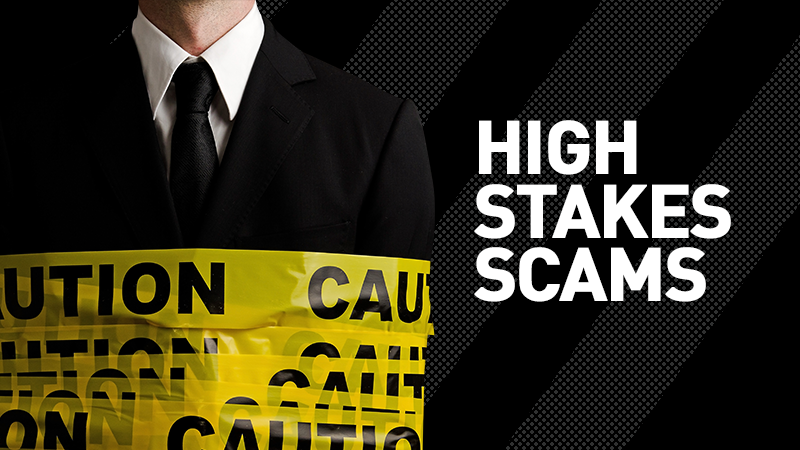 Much as poker and those who love the game would like to ignore the negative sides of the game, it would be doing an injustice to all those who have suffered at the hands of the handful of scammers, thieves and ne’er-do-wells who find their nasty niche in the game of kings.

That’s why we’re going to take a look at some of the worst offenders and sorriest situations poker has encountered over the years, starting with…

When Black Friday out an end to the online poker dream for hundreds of thousands of players, at least there was the opportunity to move their money into some other form of business, work or hobby… except for those at Full Tilt Poker, who found their cash had been siphoned off.

Names in the frame for where the cash had disappeared to included some of the biggest and richest names in the game, main among them Howard ‘The Professor’ Lederer and Chris ‘Jesus’ Ferguson – both famous for their millionaire winnings and ways.

On the back of scams such as the Ultimate Bet which saw Russ Hamilton scam more than $20million from his high-roller opponents using a ‘God-mode’ flaw in the software, poker would take a long time to recover from these criminal acts.

When Doug Polk launched his ‘Polker News’ podcast, it coincided with revelations that high-stakes legend Eli Elezra owed almost everybody in the game money, and prompted Polk to revisit his own ‘scammed story’, which involved another widely-renowned pro Brad Booth.

Polk loaned (or rather transferred) Booth almost $28,000 which the Canadian - who once bought into High Stakes Poker for a “cool million” – couldn’t or wouldn’t repay. The sum pales into insignificance when compared to the total owed by players such as Booth or Elezra, 7-figure sums in some reports. Polk, older and wiser, says in his Polker News piece:

Erick Lindgren vs The World

As the ‘All-American face of poker’, Lindgren was one of the most successful poker players of the noughties boom – a total of $10million+ in the bank from tournaments alone, including his 2004 $1million scoop at the PartyPoker Cruise. But the poker star had a serious problem…

A sportsbetting addiction cost him $50K to $100k every game and his financial edifice finally came crashing down when fellow high-stakes pros Haralabos Voulgaris and Max Weinberg publicly named and shamed Lindgren, and when the figures emerged of his total debts the number was astronomical, in the region of $10million.

Part of this sum was a $2million payment mistakenly sent twice by Full Tilt baddie Chris Ferguson, with Lindgren unwilling to repay the money, eventually going bankrupt several times without ever making all his debts good.

Chino Rheem vs The World

One of the more recent high-profile ‘scummy scammers’ in the top echelons of poker is David “Chino” Rheem who has left a trail of debts behind him in almost every card-room and casino he has ever visited and who, despite winning over $4.5 million, has a legendary capability of avoiding paying back his debts.

Rheem was once caught on camera in a viral poker video in 2011, an irate fellow pro screaming "You owe the whole ****ing city of Las Vegas money - you're a bitch,” and in the poker community there will be very few who disagree.

The Russian-born Czech casino mogul is a well-known amateur high-stakes player, with big tournament cashes to his name. When it comes to cash games, however, ‘Loose Leon’ is not a man to cross – if you want paid that is.

First up he was the subject of a rumoured €3million ‘welch’, having lost heavily in a private game he organised during the EPT Barcelona stop last year. Recently the ‘author’ of the rumours, Elton Tsang, went public on CalvinAyre.com claiming he was still owed €2million from the game.

Around the same time, Australian high-stakes pro Matt Kirk filed a lawsuit against Tsoukernik, alleging that the Kings Casino owner again lost around 3million, this time in $, during a heads-up cash game in the Aria Casino. Kirk alleged that Tsoukernik once again only offered to pay around $1million of his losses.

Tsoukernik, for his part, has refused to divulge details, but released a statement that he had faith in the US legal system to decide what was right or wrong.