Our Big Sunday series surpassed all expectations at the weekend 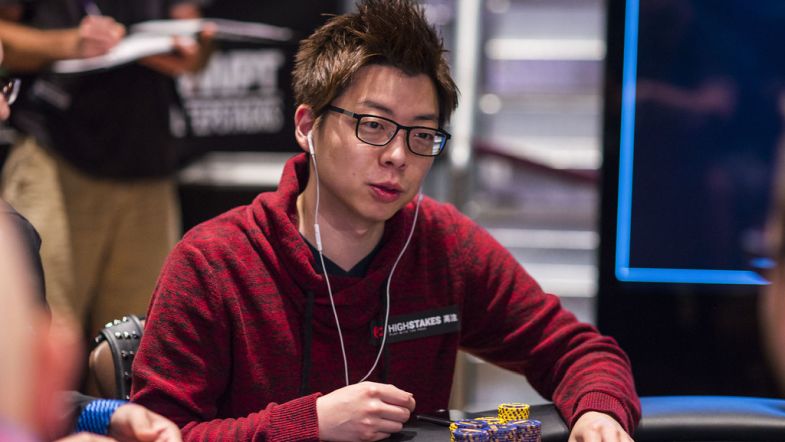 Our Big Sunday series surpassed all expectations at the weekend, with 1400 unique entries and a guarantee-smashing €140,000+ won by players across 22 tournaments…

A huge number of those players - roughly 85% - won their Big Sunday tournament entries through the HighStakes Tournament Leaderboard (TLB) promos.

Added to that, there was €1500 awarded across the freeroll tournaments, while others made their way in via the €1400 in free cash that was distributed through affiliate partners, no deposit needed to have a chance at life-changing scores.

For one player that proved to be exactly what happened, used2bcool scooping the €10,000 Triple Crown BONUS for winning three events.

A close look at the big winners reveals that the recently-finished TLBs provided the buy-ins for some of the biggest winners – the King and Jack of HighStakes races both producing Big Sunday winners.

Poker streamer Bryan Paris, aka BOOMswitch on HighStakes, took €4300 for his second place in the King of High Stakes TLB.

On Sunday he turned that into a string of cashes, with 5th, 3rd and 2nd place finishes topped off with victory in the €109 buy-in Big Bounty mid event, adding €200 in headhunting bounties to his €1204 regular prizepool cash for winning. 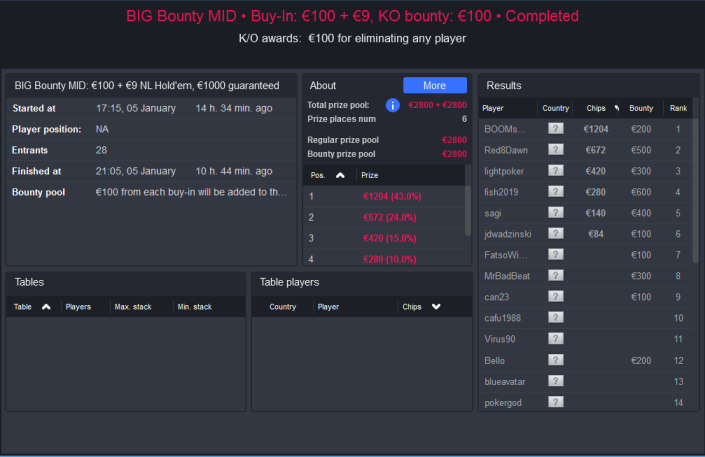 It was dream come true time for many of those who ran good in the Jack of HighStakes TLB too, where AbreuSan, PepperHype and Spikefinger1 picked up a total of €5500 in tournament entries.

At the weekend they translated that opportunity into piles of cash, AbreuSan managing a 1-2-3-4 position quartet of in the money finishes, topped by his takedown of the Big Bounty HIGH with a remarkable 10x €200 bounties. 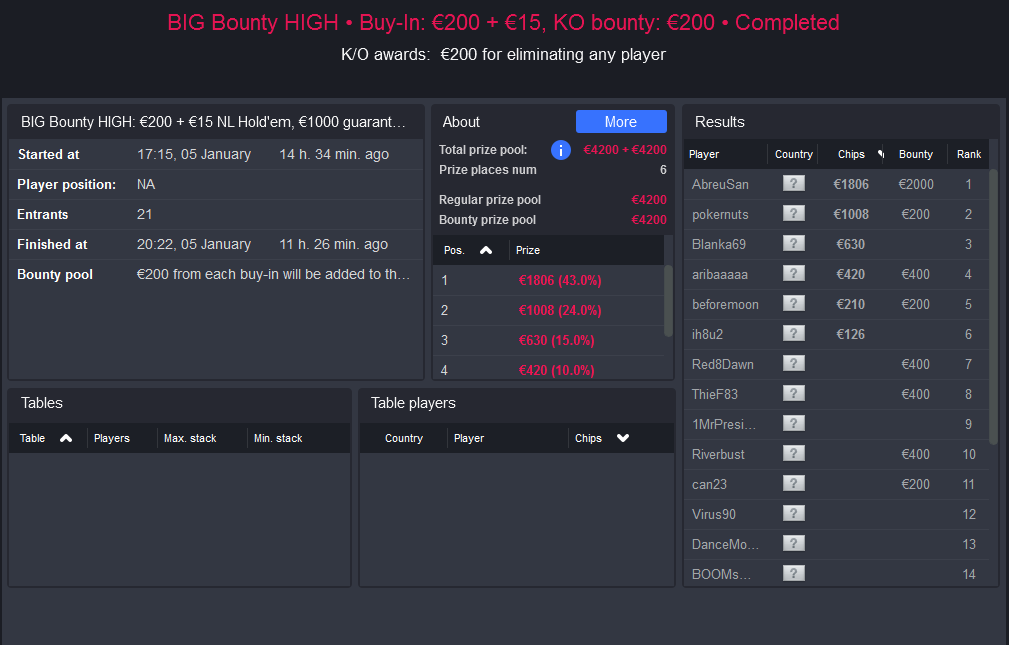 Pepperhype turned a huge profit, some €6600+ that included victory in the Big Sunday High Roller, with Spikefinger1’s runner-up cash making it a fantastic TLB freeroll run for the duo. 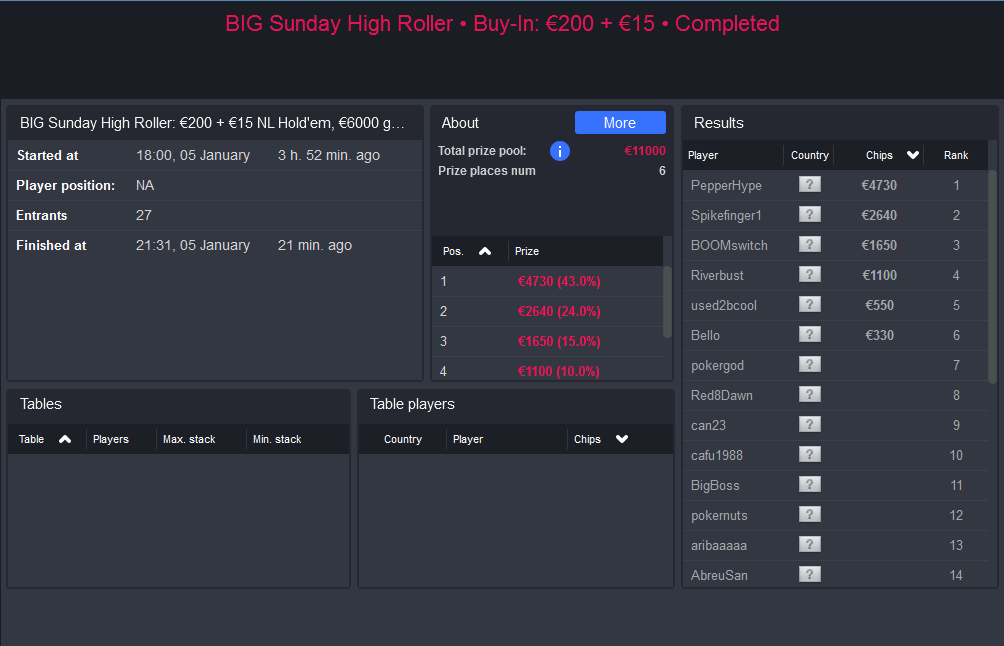 The flagship tournament on the Big Sunday schedule was the €20k GTD ‘Main Event’ and it was that man Joseph Cheong who once again triumphed, his second takedown in a row.

Cheong lifted his first WSOP bracelet last summer in Vegas, and on Sunday he was battling with the other big boys and girls of HighStakes in the €530 buy-in event.

He overcame ThieF83 heads-up to lift the trophy this time, scooping €8600 in the process, the gallant runner-up enjoying a €4800 cash, with HighStakes Big Sunday reg Blanka69 in 3rd for €3000. 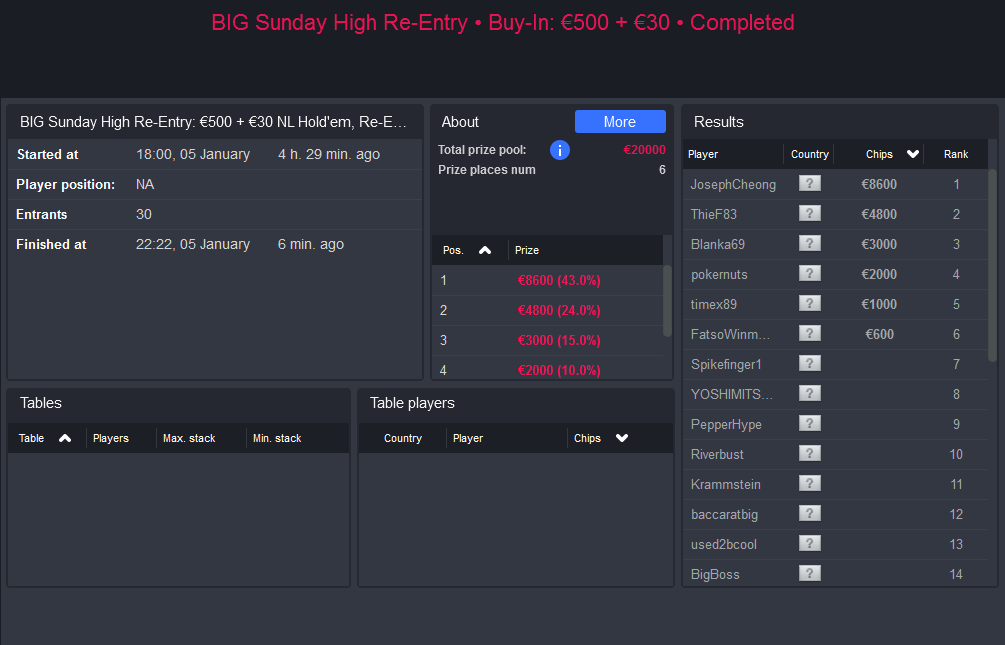