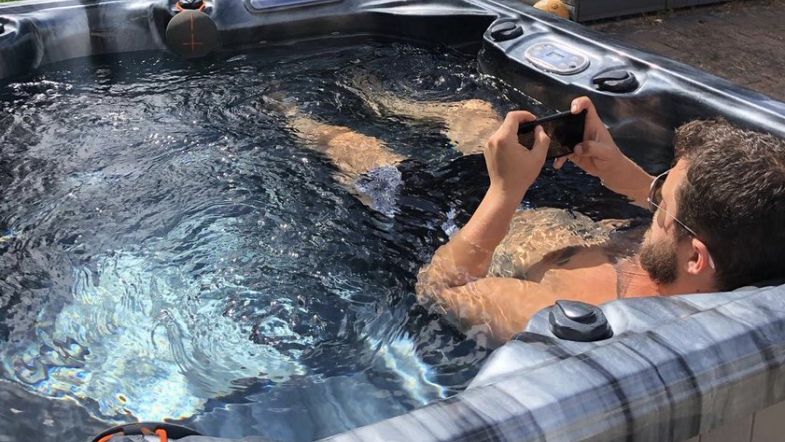 From the frying pan into the fire is as close to what Marc PlayingWitDreams Kennedy has just done as you’ll get, the former Full Tilt ambassador coming back to the game and diving headlong into the biggest games HighStakes offers.

We caught up with the self-taught cash game poker beast to find out what $100/200 PLO feels like, and how well he gets on with the other nosebleed legends on the site…

Q: We recently saw you in the 100/200 PLO games and your video explaining it was perhaps your biggest PLO game ever and not having played for 3 years...what made you jump into this one?

Not really sure, to be honest, sun was shining and I was chilling in the hot tub I saw @real_highstakes post on Twitter there was a big game running so I started railing it, looked like a pretty good game and I’d been running like garbage last couple weeks so I was obviously due some run good 😂 😂 😂

Q: Were you nervous?

When I decided to sit not at all, the moment I got dealt cards I was like 'oooooh shiiiiit'.

Q: What is the one hand you regret the most?

I jammed over a turn donk lead but should have called turn and called most rivers I think. I turned top two and rivered a full house he had bottom set on the flop. Stacks were short enough it probably wasn’t awful, but I’m really not sure in those spots in PLO, I think my Hold' em background hurts me.

Q: Which hand was the most memorable?

There was a 3 way all in where I think I got the chips in pretty good but couldn’t scoop the main and side pot that would have been tasty if it had run out better for me.

Q: What did you think about your opponents?

I’d played with a couple before either on HighStakes or at FT but I was pretty much flying blind. I ran so hot it’s honestly hard to comment on the other players they didn’t stand a chance vs my luckbox that day.

Q: Will you be playing PLO more soon?

I should probably retire undefeated at the 100/200 tables but fuck it I’ve got a few more bullets to fire now, don’t I? 😈

Q: What would be your dream NLHE game?

You know that famous painting with all the dogs playing poker? That one... I love dogs 😝

Q: How big are you willing to play?

Q: How often do players on HighStakes recognize you from the Full Tilt glory days?

Actually a surprising amount or at least surprising to me. It’s weird I forget sometimes I was basically the End Boss of the Rush FT games for years.

It quite often feels like joining a live table when I sit some of these games most guys say 'hi' and we joke about a bit, it’s a nice atmosphere on the site. There are quite a few players from FT on HighStakes now.

Marc is one of poker’s lifetime winners for sure, but can he keep up the pace against the new generation? You can rail the cash game master on HighStakes to find out, or have a (full) tilt at the games yourself.