Cole South’s introduction to poker came during his Freshman year at Georgetown University in 2004 when he lost a week’s beer money in a friendly game with some fellow students. 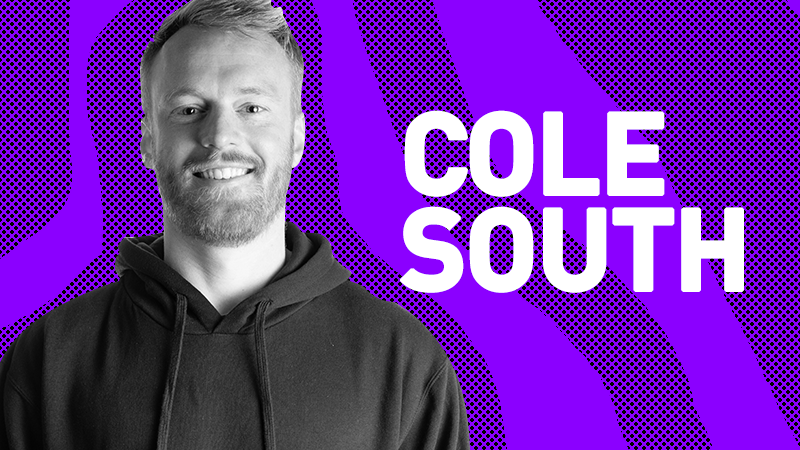 Cole South’s introduction to poker came during his Freshman year at Georgetown University in 2004 when he lost a week’s beer money in a friendly game with some fellow students.

Not one to take losing lightly, Cole took to the public library to seek out sources with which to improve his poker game. It was a full year later, however, that Cole happened upon online poker, registering his 2+2 account in late 2005 and making the first of several $50 deposits on Party Poker. Initially playing way above his bankroll, Cole had to make several deposits before he realised that what he needed, as well as the books and strategy he had started to soak up, was good bankroll management.

Once he started to practice BRM at the low stake limit hold’em tables and, according to Cole, “with a lot of study, and a fair amount of luck at the right times,” he was able to build a substantial bankroll. In just a few months he had accumulated a five-figure bankroll, and Cole decided to quit his academic studies to become a full-time professional poker player. The move certainly paid off, and in less than two years from his first online deposit, Cole South (known online as ‘cts687’) had earned $2,000,000 from online poker and was already one of the most feared NLHE players in the world.

As his reputation and bankroll grew Cole was courted by leading online poker training site, Cardrunners.com and he soon joined to become a lead instructor and part-owner of the business, producing some of their most popular NLHE and PLO content. He also co-authored the eye-wateringly expensive e-book “Let there be range” with Tri Nguyen, although he has since expressed his dissatisfaction at Ngyuen’s marketing of the book, saying that he would have preferred it to have been released with standard pricing as a 2+2 book.

Although he initially built his bankroll at Party Poker, Cole also had great success on Prima, Full Tilt, PokerStars, and other sites. His biggest and most widely reported matches came on Full Tilt during the golden 2008-2010 era. During this time Cole represented the site as a Full Tilt ‘Red Pro’ after a deal between Cardrunners and Full Tilt, and it is during this time in which Cole experienced the craziest swings of his career. After winning over $2m in 2009 Cole started 2010 with a bang, winning over $3.5m in the first two months of the year only to lose $2.6m in March.

Above: Cole talks “bacon of the month” on Poker After Dark

It was shortly after this that Cole decided to quit Cardrunners. Not only was he having to deal with huge seven-figure swings at the tables while helping to run a successful business, but he had also gone back to school full-time to complete his Economics degree. In his own words:

“The work was too time consuming to combine with full time economics studies.”

As well as completing his degree and continuing with his poker career, Cole also took plenty of time out to enjoy other aspects of life, travelling the world, snowboarding, getting married, and pursuing a whole host of entrepreneurial endeavours.

One of the first online stars to truly embrace a truly mathematic approach to the game, Cole South has managed to stay one step-ahead of online poker for well over a decade now and is one of the game’s most enduring success stories.