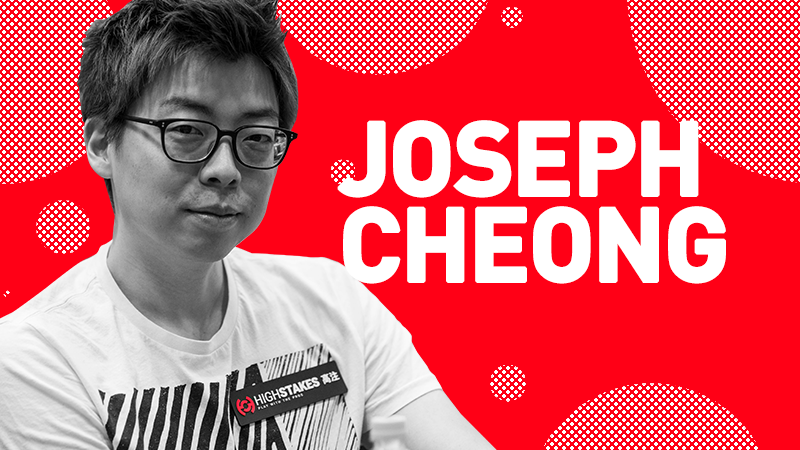 Cheong was born in Seoul, South Korea on 3rd June 1986 but moved to California with his family at the age of six. Joseph first started to take a real interest in poker during his fourth year at the University of California in San Diego, citing his increasingly absorption in the game as the reason it took him so long to graduate (Cheong eventually left University with a Bachelor of Science in Psychology, and a Joint Bachelor of Arts in Mathematics and Economics).

Starting with $5 sit and gos, Cheong steadily grew his bankroll moving up to $26 MTT’s and $30 rebuys. His big break came during the 2009 Full Tilt mini-FTOPS series where he won the $30 rebuy event for over $55,000, allowing him to play more and bigger events.

2009 also saw Cheong’s introduction to live tournament poker, although by his own admission he had a terrible first year playing live cashing in none of the 9 or 10 WSOP events he played in that year. 2010, however, was to be an altogether different experience.

Cheong has gone on to make plenty of other large tournament scores since his breakout year. He finished runner-up in the $5k Mix-Max event at 2012’s WSOP for just under $300k and finished 4th in that year’s WSOPE €10k Main Event for $381,375. In April 2013 he made his 2nd seven-figure score upon winning the HK$1m Manila Millions for $1.34m (US), just five days after finishing runner-up in the Aussie Millions $50k High Roller for $535k (US). Later in the year he finished runner up at the WPT World Champs $100k Super High Roller for over $600k and in 2014 he managed two second places and two wins out of six $25k Bellagio high rollers for a total cash of just under $750k, as well as placing 4th in the APPT HK$500k High Roller for $528k (US).

As well as nearly $12m in live tourney winnings, Cheong also has over $3.1m in online tournament cashes, with more than $2.1m of those coming at PokerStars, where he plays as “subiime”.