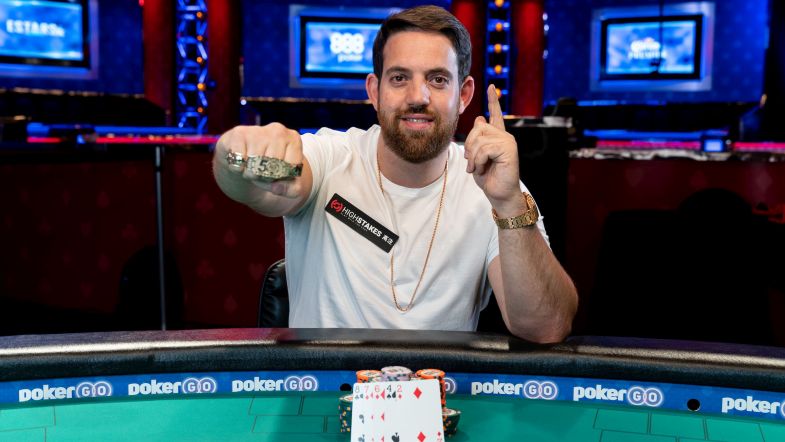 For Luke _fullflush1_ Schwarz a first-ever WSOP gold bracelet was a long time coming, but last week’s scoop of the $10k Limit 2-7 Lowball Triple Draw Championship in Vegas was the icing on a cake that has brought the Londoner a decade and a half of poker success…

The HighStakes ambassador has long been regarded as one of the most talented, and feared, pros in the game – but the younger Schwartz found it difficult to separate his emotions from the cool-headed approach needed to bag big titles.

"Maybe the old me would've just got too frustrated and tilted but I just took a deep breath," Schwartz explained after the five-hour, 3-handed battle that saw him emerge victorious at the Rio.

The money – a cool $¼million – is always welcome, but for the 35-year old it’s the kudos that means the most, Luke revealing:

"It feels pretty good, pretty relieving. It's a nice thing to have as a poker player."

And a poker player he most certainly is, Luke excelling at cash games and tournaments, live and online, PLO, NLHE and - as his WSOP gold shows - many other variants.

He came close to lifting some World Series jewellery back in 2012, a 4th place in the hugely-respected $50k Poker Players Championship behind winner Michael Mizrachi a clear sign that he deserved his place among the very best.

Without a bracelet, of course, it’s difficult to claim such a spot – but now Luke has joined the WSOP winners circle it’s just a matter of time before he adds more glory – older, wiser and loving the view from the top of the world!